Silver Glen Estates, located in unincorporated Kane County, is served by Fox River & Countryside Fire/Rescue District (FRC) and the Kane County Sherriff.  Other services such as library, school and park district are provided through other taxing bodies. The St Charles, Illinois mailing address is assigned by the US Post Office.

The diverse nature of the area protected by Fox River & Countryside Fire/Rescue District often creates questions from residents in how services are provided. Currently FRC operates two fully staffed stations located at 34W500 Carl Lee Rd and 40W361 Rt 64. Each station is equipped with a fire engine, water tender and Advanced Life Support (ALS) ambulance along with 4-5 personnel. Additional equipment such as boats and rescue apparatus are also located in the stations. Fire district trustees have acquired property at the northwest corner of Bolcum Rd and Crane Rd for a future third station. All personnel are certified through the Office of State Fire Marshal for firefighter qualifications and licensed through the Illinois Department of Public Health for EMS operations. 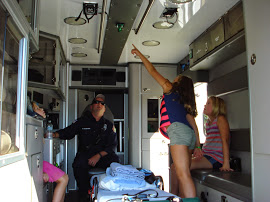 FRC is member of the state wide Mutual Aid Box Alarm System (MABAS) providing an extensive amount of additional and specialized resources.  Locally FRC partners with departments such as South Elgin, Bartlett, etc. to provide and receive aid for larger incidents, such as structure fires. This partnership has the advantage of providing additional apparatus and personnel when needed while not creating undue financial burden on tax payers.

Silver Glen Estates 911 calls from landlines are routed to Kane County Emergency Communications (Kanecomm) for dispatch. Cell 911 calls are received at the nearest cell tower and may initially be routed to another dispatch agency until the address can be confirmed. Both FRC and the Sheriff utilize dispatch services provided by Kanecomm. This ensures that requests are not delayed as in the case of areas served by multiple agencies.  These delays can increase response times 1-2 minutes as calls are transferred to differing dispatch agencies.

FRC has received a rating of 3/6 from the Insurance Services Organization (ISO). Residents within 1000’ of a hydrant and 5 road miles of a station would receive a 3. Residents located farther than 1000’ would receive a 6. ISO ratings may be utilized by insurance companies in setting premium rates, although in recent years ISO use in this process has declined by some carriers.  The hydrant system located in Silver Glen Estates is classified as tender fill hydrants only and did not receive full credit from ISO. The proposed new development at the corner of Silver Glen and Randall will place rated hydrants much closer and may be advantageous to some residents.

FRC trustees have utilized a conservative approach to tax rates. This keeps the tax payer burden as low as possible.  The current rate of $.266 is one of the lowest in Kane County.  Fire District tax rates are located on page 2 at http://www.co.kane.il.us/coc/Tax/DistrictRateListing2013.pdf. 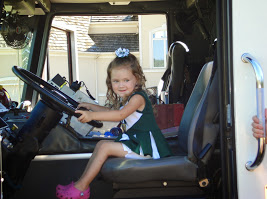 Another example of this approach is the recent construction cost of $2.4 million for FRC Station #3. Other fire stations under construction in the area are being built exceeding $12 million in budget.

In closing I would like to extend an invitation to the Station #3 Open House on afternoon of September 20, 2014. Residents will have the opportunity to tour their station and meet some of the firefighters who serve them.

It's that time of year again.  We will be having out annual meeting at Christ…

Email request to Board for
Meeting Minutes, Resident Directory,
or latest Newsletter.